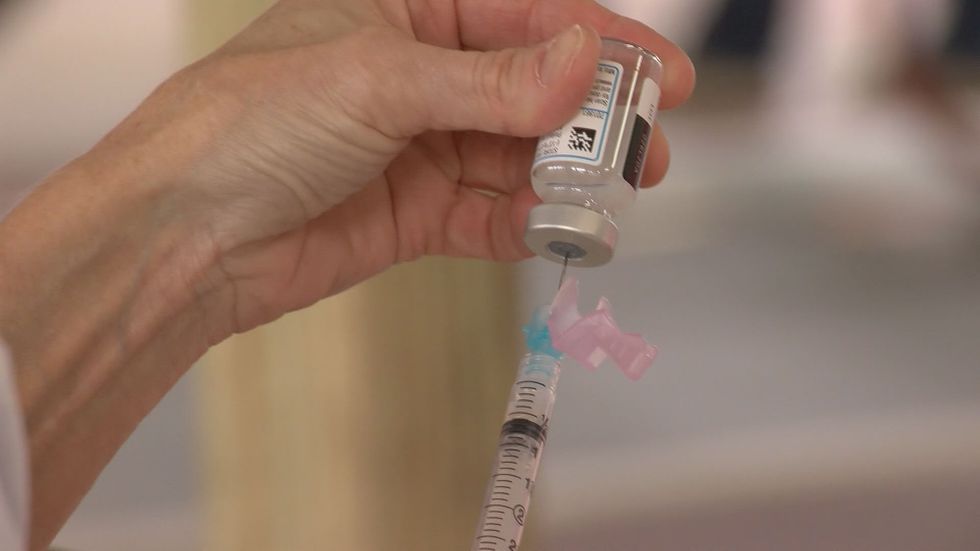 HARRISONBURG, Va. (WHSV) – It takes a team and people stepping up to the plate to help with the COVID-19 pandemic.

Staff members from the Central Shenandoah Health District (CSHD), which serves most of the Valley, are a part of the nationwide effort to educate, trace, and fight against the virus.

Marsha Rodeffer is the Nurse Manager with the CSHD. She said nursing staff across the district have stopped their regular programming, like family planning and immunization clinics, and focused their attention on COVID-19 case investigations, becoming what she called “disease detectives.”

“We would hear how [the virus] affected families. Parents that weren’t able to work and there were five children in the house. There were problems with food and housing insecurities,” Rodeffer said. “Of course, we’re going to listen.”

With high case numbers rolling in throughout the past year, Rodeffer said nurses tracked every case throughout the district, asking questions to those who tested positive, and when needed, coordinated families with resources, like food banks or rental assistance.

“It’s things like that that made the more difficult cases rewarding,” she said.

The CSHD’s clerical staff have been imperative in COVID-19 testing and vaccine site operations.

Donna Day, the Office Services Supervisor, said when the pandemic first began, it was all about testing. Where to get a test, who could get a test, and why there weren’t enough available.

On top of handling day-to-day duties, like deposits, invoices, and signing children up for vaccinations and immunizations, the clerical staff was now faced with the challenge of organizing and successfully executing several testing events every week.

“That involved prepping test kits, labeling supplies at the events, collecting coolers, tables, chairs. Then getting it to a site, setting it up, and then working the actual event,” Day said.

After noses were swabbed and events were finished for the day, Day said the clerical staff was far from finished. Staff then needed to sort through negative and positive tests, getting results to contact tracers and making phone calls to those that were recently tested.

In addition to that, clerical staff needed to answer some unpleasant phone calls.

“People have been very frustrated and we understand,” Day said. “[This staff] has handled it with such grace and sweetness in their heart that it just makes me so proud to be a part of their team.”

She said one of the biggest challenges has been the supply of both COVID-19 tests and vaccines, but also finding labs capable of running the tests.

“There were times where we could do events, but then we were scrambling around to find a lab that could process them,” Day said. “The state had contracted with several private ones, but everyone was using those, so we were competing for lab space.”

The clerical team was also short-staffed, and Day said they searched for the past year to fill three open spots.

Pre-pandemic, the CSHD’s environmental health staff were often doing inspections and regulations in Grade A milk plants, campgrounds and food establishments, as well as septic and well permitting and working with the district’s rabies program.

Jason Weakley, the Environmental Health Manager, said they still do most of those duties, but the biggest shift has been staff responding to complaints regarding the state’s executive orders related to face coverings and capacity.

He said they have received almost 4,000 online complaints from people across the Valley since most businesses reopened in Phase 3, and the state is approaching 70,000 complaints.

“Needless to say, it requires a lot of coordination with other agencies,” Weakley said.

One of the biggest challenges for environmental health staff has been staying up to date with ever-changing guidelines.

“Just when you think you‘ve got it understood, we enter a new phase and things change a bit,” Weakley said. “Quite often we’re watching the same press conferences that everyone else is, waiting to hear what is coming down the pipeline. As soon as we’re watching that, the phone starts ringing with people having questions.”

For many staff members working across the CSHD, workdays have turned into 10 to 12 hours, and sometimes, even more, working weekends and holidays, too.

For information and updates from the Central Shenandoah Health District, click here.