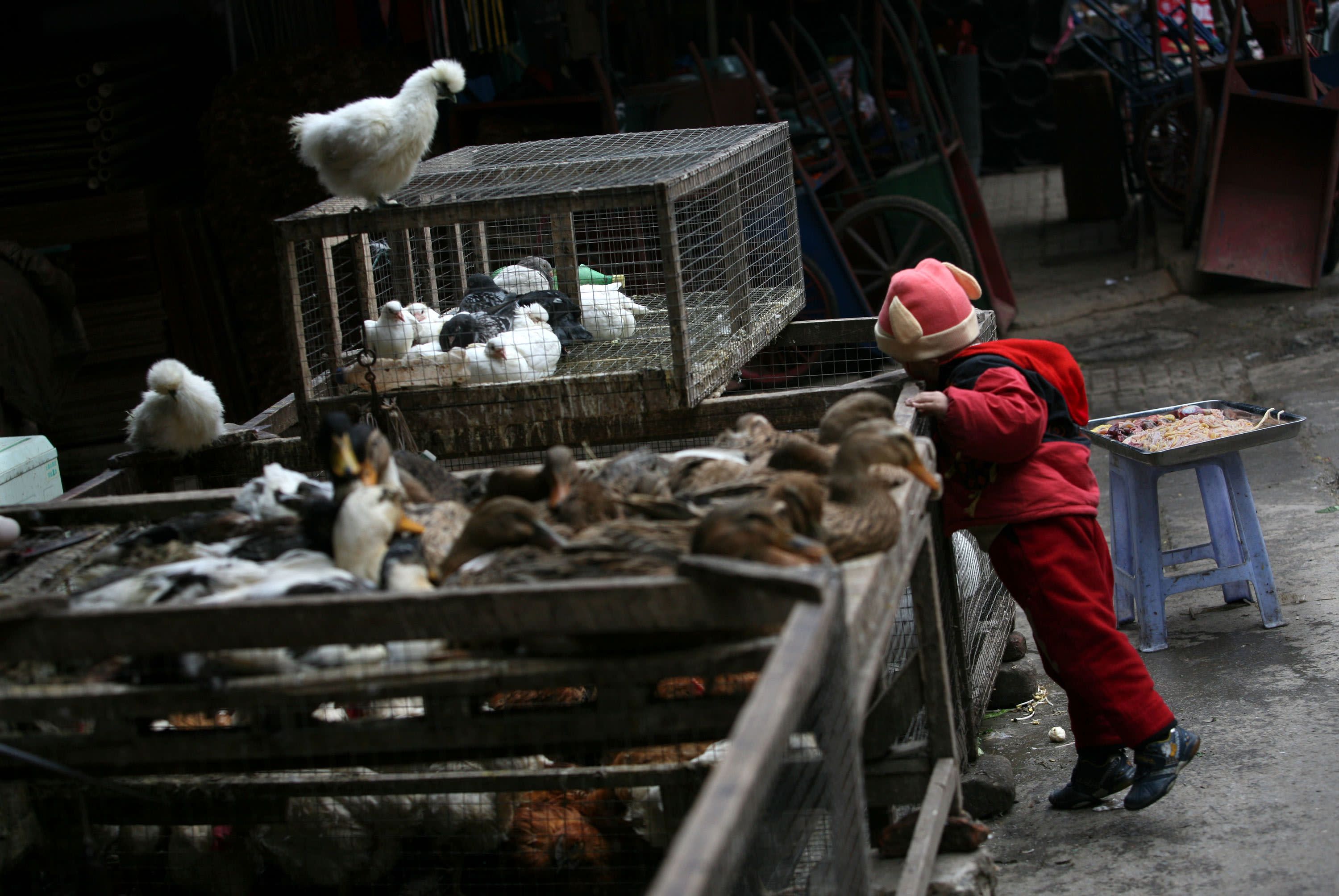 Chen Yu used to walk a short distance to a nearby market to get fresh poultry. Now, to stew a pot of chicken soup or cook a whole duck for family gatherings, she has to take two buses downtown to buy the meat.

“Live poultry cannot be sold in my neighborhood market now,” said Chen, a housewife in her 50s who lives in China’s Jingdezhen city. In the bigger market about 40 minutes away, there’s a special containment room for live birds. “You can see them, point at one of them, then the owner will have it slaughtered. Picking the duck yourself is not what matters. The key is you see them live.”

China will gradually close all live poultry markets to cut public health risks and step up supervision of farmers’ markets amid the Covid-19 outbreaks, Chen Xu, an official with the State Administration for Market Regulation, said this month. Live animal sales are still taking place in markets with containment rooms in some cities, but they will also eventually stop operating.

The pandemic has put China’s farmers’ markets under global scrutiny as the virus is thought to have originated from a wet market in Wuhan where exotic animals were suspected of being sold. In some provinces, fresh seafood and equipment like chopping boards are being tested. Scientists are still probing the origins of the virus.

China consumed more than 19 million tons of poultry in 2018, becoming the largest consumer by volume after the U.S., according to the USDA. The number surged to almost 23 million tons in 2019 following the African swine fever outbreak in the Asian nation, the U.S. agency said, citing China’s farm ministry data.

China has been temporarily closing live poultry markets because of bird flu outbreaks for years. In 2017, officials in some affected areas ordered the markets to shut, and culled more than 1 million infected or susceptible fowl. Consumers were advised to buy chilled or frozen chicken instead of freshly prepared products from markets, and to thoroughly cook the meat.

In 2006, China’s State Council announced it will gradually ban the trading and killing of live poultry in big cities, encouraging killing to be undertaken at professional slaughterhouses instead. In Chen’s city, however, changes slowly started taking place in the second half of 2019 and now her neighborhood market has stopped selling them.

A fresh Covid-19 attack in Beijing after it largely controlled the outbreak has again triggered concerns about biosecurity. The capital shuttered its largest fruit and vegetable supply center last month and locked down nearby housing districts as dozens of people associated with the wholesale market tested positive for the coronavirus.

Despite risks related to live animal slaughter, many meat consumers don’t seem to worry about live birds. Generally, customers don’t feel assured when they buy poultry from shelves of a shop, said Wang Xiaoying, a poultry dealer in Jingdezhen city of the Jiangxi province. “They say it’s not fresh.”

Fresh poultry means so much to some Chinese people that Wang uses her WeChat not only as an online messaging tool, but also as a platform to promote fresh poultry delivery. Posting pictures of fresh, clean and feather-plucked birds from time to time, she emphasizes in the caption that the poultry she offers are “freshly killed upon ordering.”

Wang does not worry about the avian flu, saying that she has been in the business for more than two decades. Whenever the city government orders a ban on live poultry trading amid occasional bird flu outbreaks, her family business comes to a halt. The longest halt, Wang said, was as long as six months.

For Wang, however, the full ban initiative is bad news. As of now, she’s still able to operate as the new policy will be implemented in phases. If the birds are to be processed only at centralized slaughterhouses, she fears her business could halve. She also sells processed poultry meat, but their sales have been much lower than that of live birds.

The new Chinese policy may disappoint many customers, like housewife Chen. “We might find it hard at first, but we’ll get used to it,” she said.

For more articles like this, please visit us at bloomberg.com

Subscribe now to stay ahead with the most trusted business news source.

Coronavirus daily news updates, June 28: What to know today about COVID-19 in the Seattle area, Washington state and the world