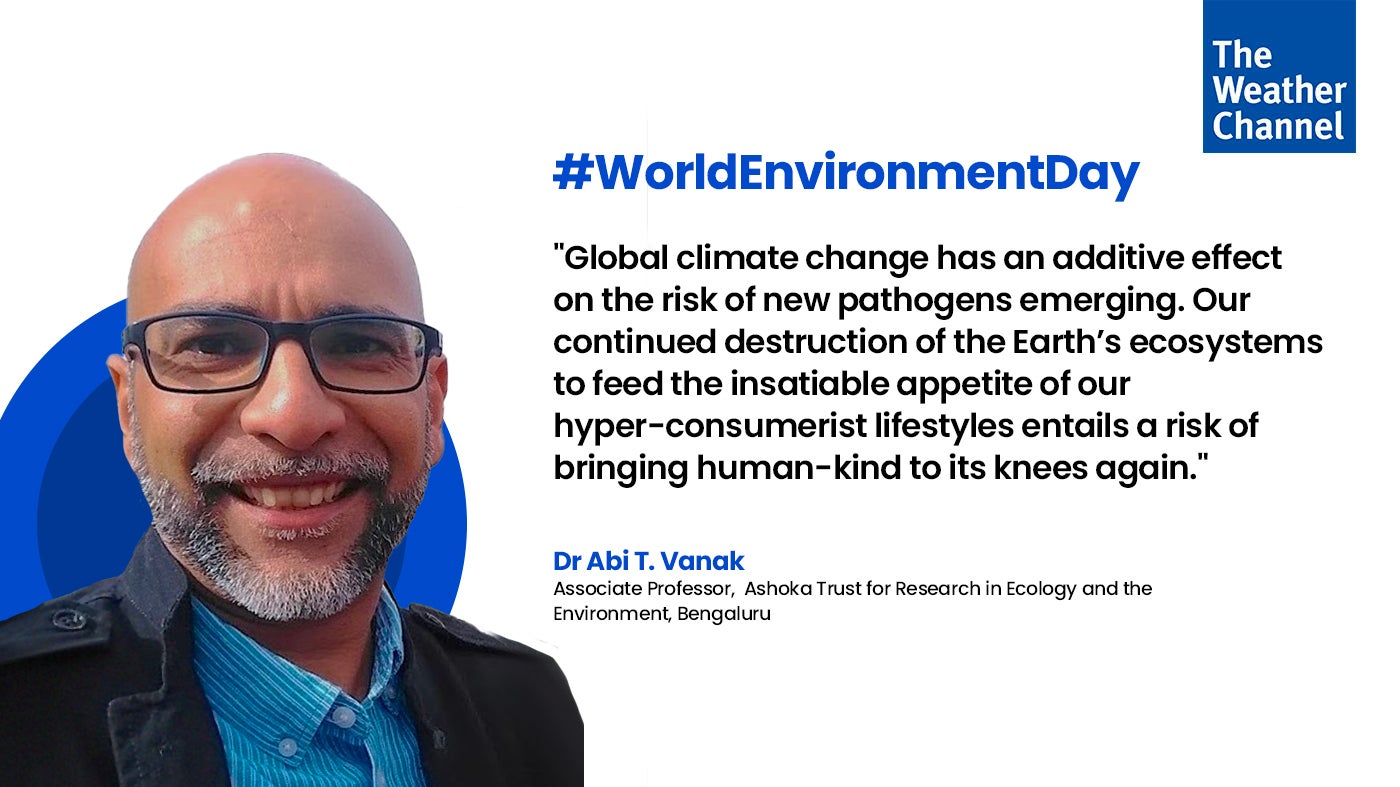 Nearly a century ago, humanity was reeling under the firm grip of the deadliest pandemic in recorded history. By the end of 1920, the ‘Spanish flu’ or the 1918 Influenza pandemic, had claimed between 50 and 100 million lives globally. India was one of the worst affected countries, accounting for over 18 million deaths, and the world was brought to a standstill.

All this, of course, is eerily familiar to us now, as we grapple with the deadly second wave of COVID-19 sweeping the country. While the immediate focus is on controlling the spread of the virus, there is also an equally urgent need to understand the factors leading to the emergence of such pandemics. Because the next deadly outbreak may be away by a century or just a few months—we have no clue so far!

Since the first human virus (Yellow Fever virus) was discovered in 1901, scientists have discovered about three to four new virus species every year. Estimates suggest that there are 1.6 million undiscovered or unknown viruses, with about half a million of these with a potential to infect humans.

Recognising this threat, scientists have ramped up the exploration for new viruses in recent years. In the last decade alone, we have found 900 viruses, including 16 coronaviruses that have zoonotic potential i.e. having the ability to pass from animals to humans. Indeed, more than 60% of all ‘emerging’ infectious diseases—those that have been increasing or could increase in incidence—come from animals, especially wildlife.

Pathogens are a part of every natural system and have co-evolved with their hosts. There is thus a natural dynamic of infection and recovery that occurs in all populations. However, when human action disrupts these cycles, especially by increasing our contact with wildlife, we also increase the chance that novel pathogens can ‘spill-over’ from wildlife to domestic animals or to humans.

Our globalised lifestyle has resulted in the destruction of the natural environment—agricultural intensification, mining, dams, and industries, the legal and illegal trade in wildlife, and industrial-scale food production. All of these create multiple pathways for new pathogens to spill over to humans.

These linkages between changing land use patterns in biodiverse areas and the risk of emergence of diseases are well recognised. Embedded within this is the recognition that human health is intrinsically linked to animal and environmental health—a concept called ‘OneHealth’.

Therefore, to better understand and mitigate the risk of zoonotic diseases, it is essential that scientists and practitioners from multiple disciplines work together.

An excellent example of such cross-sectoral international collaboration was seen in India, as early as in the 1950s. A mysterious disease started to affect the forest-dwelling communities in the Western Ghats of Karnataka during these years. Initially, the disease was called ‘monkey fever’ locally on account of observable links between monkey deaths and human infections. Later, it came to be known as Kyasanur Forest Disease (KFD), derived from a village near Shimoga.

A diverse set of entities worked on finding the cause behind this mysterious disease. These included the Rockefeller Foundation and the Virus Research Centre (later the National Institute of Virology), Pune, the World Health Organization (WHO), and the Bombay Natural History Society. The dedicated researchers from the Virus Research Centre combed the forests of the Western Ghats for potential carriers. They operated on dead monkeys in their investigations into the cause of the disease.

The legendary bird-man of India, Salim Ali, tagged migratory birds to rule out the possibility that they were carrying pathogens responsible for this disease in their cross-continental flights.

Ultimately, the fascinating trajectory of KFD was partially revealed. It turned out to be a virus that was spread through the bite of ticks that normally lived on a range of wild animals, from shrews and rodents to bats and monkeys and domestic animals such as cattle. Adivasi communities, plantation workers and other forest dwellers who used these landscapes for their livelihoods were most susceptible to this disease.

Recent studies have found that ecological changes in the Western Ghats, including conversion to monoculture plantations, and the overall loss of biodiversity has created an increasingly greater number of ‘transition zones’. This has led to the creation of more avenues for wild and domestic animals, and humans to come into contact.

Our continued destruction of the Earth’s ecosystems to feed the insatiable appetite of our hyper-consumerist lifestyles risks the world being brought to its knees again. It is high time, therefore, that we pay heed to these warnings!

Dr Abi T Vanak is an Associate Professor at the Ashoka Trust for Research in Ecology and the Environment (ATREE) in Bengaluru, India

This article is a guest column reflecting the author’s opinions and does not necessarily represent the official views of The Weather Channel.