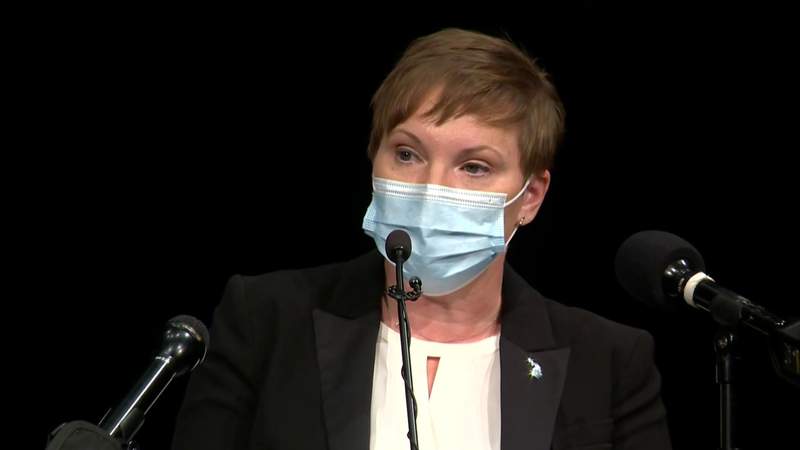 As a result of the gas leak the state has recommended that residents in the areas affected evacuate.

Response teams will go door-to-door Sunday in affected areas to ensure residents are informed and receive information about evacuation efforts.

Speaking at the press conference Michigan Department of Health and Human Services (MDHHS) Director Elizabeth Hertel said, ”We are asking residents in affected areas to evacuate until we can resolve this situation. Response teams will be going door-to-door today to make sure that residents are informed and receive quick and accurate information about evacuation resources. We do not believe there is any imminent danger to residents at this time. However, we are acting out of an abundance of caution.”

On Aug. 31, MDHHS received a report regarding a potential release of an unknown chemical into the sewer.

The community is at risk of exposure to high levels of benzene, considered a total Volatile Organic Compound (VOC), which can be harmful to human health, according to the state. Measurements of air inside buildings and sewer lines have shown levels of VOCs exceeding health protective and explosive levels, the state added.

Benzene is a flammable and colorless liquid with a sweet odor used to make other chemicals. It is found in gasoline, crude oil and tobacco smoke. Breathing in higher levels of benzene can cause people to feel sleepy or dizzy, have headaches, vomit or have a rapid heart rate. Both long and short-term exposure to benzene can increase risks of cancer, cause blood problems, and harm the immune system.

According to Hertel, over the past week the Environmental Protection Agency has measured benzene levels over six-parts-per billion in sanitary sewers and in some homes.

“Not everyone’s home has been tested and the levels and homes that have been tested might have changed. Therefore, we cannot say at this time that the air in your home is not impacted by this gasoline release,” she said.

“However, at this time if you are concerned, you can get assistance to relocate while this investigation is going on.”

On Saturday night the MDHHS and Wayne County Health Department (WCHD) recommended residents of the Flat Rock area bounded by I-75 to the east, Gibraltar Road to the north, Cahill Road to the west and Woodruff Road to the south evacuate their homes until further notice due to the potential risks caused by fumes from the gasoline leak. The source of the leak is a storage tank at Ford Motor Company’s Flat Rock Assembly Plant.

According to Hammond, the situation appears to only be impacting parts of Flat Rock.

“We want to take care of our people. We are going to be going door-to-door with information packets. And we are going to record your information as the residents and community members in the city. And we’re going to keep in constant contact with you during the evacuation,” said Hammond.

“The sewer lines currently are clear of volatile materials. In English that means the flammability levels of gasoline are no longer present.”

As of Sunday afternoon a total of 12 homes had been evacuated and a charter school, according to Hammond .

“At this time, it is unclear which specific homes might be at risk and it is possible residents in some areas of the potentially impacted area have not been exposed. The City of Flat Rock, WCHD, MDHHS, Michigan Department of Environment, Great Lakes, and Energy (EGLE), the United States Environmental Protection Agency (EPA), and the Centers for Disease Control and Prevention’s Agency for Toxic Substances and Disease Registry (ATSDR) continue to work together to understand the potential risks and will update the community as more information is learned,” a statement released by the state on the issue read in part.

Commenting on the situation Khaldun said, “We urge Michiganders in the affected areas to take swift action and evacuate their homes. You may not be able to see or smell the vapors that could put your health at risk, and we recommend everyone in the affected area consider relocating until further notice and we can confirm it is safe to return to your homes.”

HOW TO GET HELP

If you need assistance with evacuating or relocating call Flat Rock’s hotline at 734-782-2455 and dial extension 6.

Coronavirus daily news updates, August 16: What to know today about COVID-19 in the Seattle area, Washington state and the world

Tony Bennett Retires From Live Music Due To Health Issues