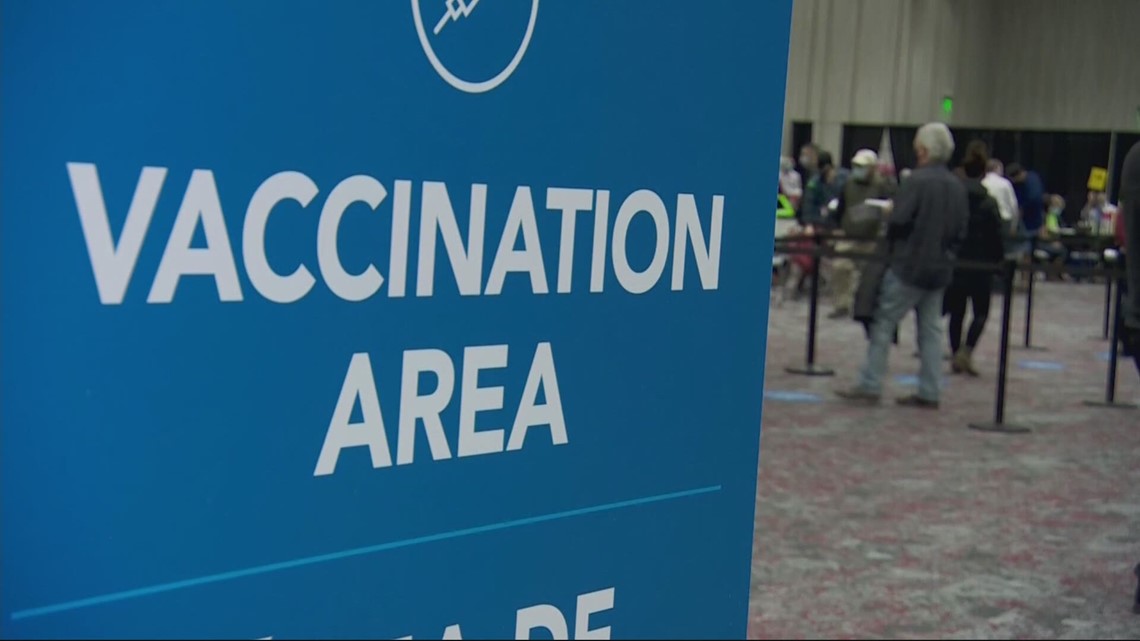 Front-line workers’ families will now be eligible to receive the vaccine, and the state is expanding its criteria for underlying health conditions, officials said.

Currently, the COVID-19 vaccine is available for front-line workers in 23 Oregon counties. Group 7 of Phase 1B, which includes front-line workers, will be eligible for the vaccine statewide starting Monday, April 5.

In an email, Brown’s office said this change applies to the families of front-line workers in previous phases too, such as health care workers, educators and first responders.

Brown is encouraging front-line workers to sign up their family members for a vaccination appointment when they go to sign up themselves.

Brown also announced that the state is expanding its criteria for underlying health conditions to match the list from the Centers for Disease Control and Prevention. The underlying conditions that now qualify for a vaccine include the following:

“Expanding eligibility to families of front-line workers and a people with a wider range of underlying conditions is important because these groups are at greater risk than the general population,” said Oregon Health Authority (OHA) director Patrick Allen. “Most of the transmission we’ve seen in Oregon has been among family clusters. Short-circuiting family transmission protects loved ones of vulnerable front-line workers, and in turn, helps keep the virus from being passed into the workplace by front-line workers exposed at home.”

As of March 30, fewer than 50% of older adults had been vaccinated in seven Oregon counties: Douglas, Gilliam, Grant, Lake, Malheur, Morrow and Umatilla. Over the past seven days, those same seven counties saw a vaccination rate of 2% or less, half the state’s rate of 4.75%.

“I want to encourage every older adult who’s waited to get vaccinated to make an appointment today,” Allen said. “We know the vaccines are safe. … If you have questions, talk to your doctor or go to covidvaccine.oregon.gov for more information about vaccine safety and effectiveness.”


Allen spoke about the recent news regarding the Johnson & Johnson vaccine. On Wednesday, Johnson & Johnson said a batch of vaccine made by Emergent BioSolutions in Baltimore can’t be used because it didn’t meet quality standards. Allen said that the disruption in the delivery of Johnson & Johnson COVID vaccines won’t delay the state’s vaccination timeline, but will temper hopes that Oregon will be able to vaccinate everyone 16 or older by late May. Allen said they’ll have to push that goal back by a couple weeks.

“That shortfall results in about an eight- or nine-day setback in the time frame when cumulative doses in Oregon would exceed the number of people who are eligible,” Allen said.

Even as more Oregonians receive the vaccine, the state has seen an uptick in COVID-19 cases, much like in other parts of the country. Multnomah County, for example, is averaging 81 cases per 100,000 residents, up from 64 cases per 100,000 two weeks ago.

“On the whole, we still are in pretty good shape with pretty low numbers,” Multnomah County public health officer Dr. Jennifer Vines said Tuesday. “I think we’re feeling cautious though, as we look at other states where the more contagious variants have taken hold, and what looks like a fourth wave is starting to emerge in other parts of the country.”

Many classrooms in school districts across the state reopened to students this week, including Portland Public Schools, the largest school district in the state, which welcomed back students in pre-K through first grade on Thursday.

Looking ahead, students in second through fifth grades who signed up for hybrid learning will start on Monday, April 5. Then middle and high school students are expected to start the week of April 19.

RELATED: Hybrid learning underway for many students this week across Oregon