Harry and Oprah reunite for follow-up episode to discuss mental health, suicide and Covid in The Path Forward 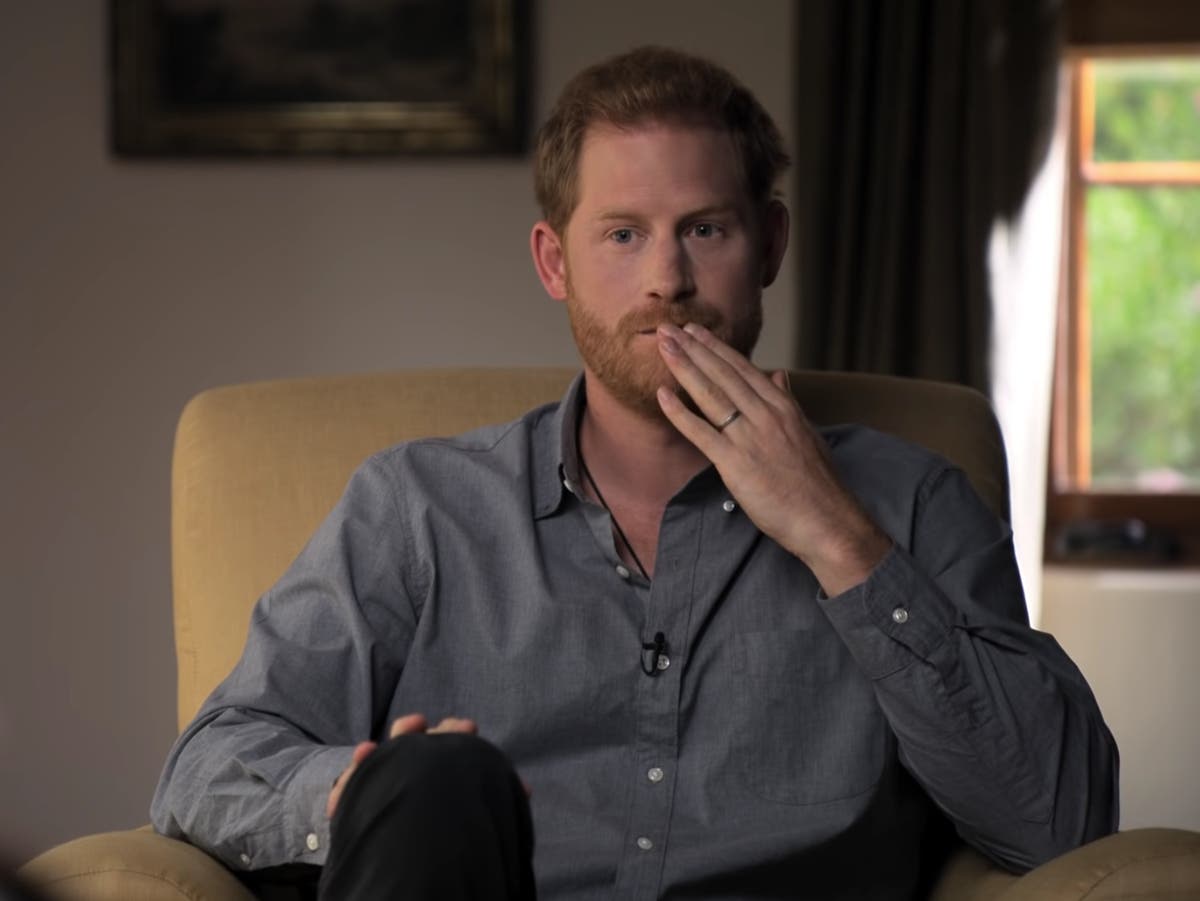 Post-pandemic mental health and open conversations about self-harm and suicide took centre-stage in Prince Harry and Oprah Winfrey’s new bonus episode of their documentary series, The Me You Can’t See.

The town-hall style episode featured an “advisory board” of mental health experts and advocates, as well as the late Robin Williams’ son Zak and actor Glenn Close, who spoke about the importance of focusing on wellbeing.

The Me You Can’t See: A Path Forward, was released on Apple TV Plus in the early hours of Friday, a week after the original six-part series dropped on the streaming service.

The producers invited 14 highly accredited experts and organisations from around the world to contribute their expertise to the show, including California surgeon general Dr Nadine Burke Harris, co-founder of Sangath and professor of global health at Harvard Medical School Dr Vikram Patel and Jo Robinson, head of suicide prevention research at Orygen.

Guests on the show discussed the importance of mental health especially as the world grapples with the aftermath of the Covid-19 pandemic, and how society and governments can move the issue forward. The Duke of Sussex also said he believed that climate change and mental health are “the two most pressing issues” faced by society today.

Glenn Close, who revealed that the pandemic had “directly affected” her own mental wellbeing, urged people to consider the impact the past year has had on their lives. “I think… we have gone through an amazing, unprecedented time now. For me, I think it’s as big a shift in the world as 9/11 was,” she told Harry and Winfrey.

“We now are in a transforming world. It will take use while to be able to articulate to ourselves what the result of that has been on us as individuals. Take the time in solitude, in quiet, to figure out how you have changed during the pandemic and how it has affected how you look out on the world and what your mental health is,” she added.

Dr Patel, professor of global health at Harvard Medical School, said during the course of the programme: “The pandemic has fuelled mental health needs on a massive scale. We’re going to need to reimagine mental health care if we are to make any difference.”

The show also highlighted the need for more open conversation about suicide and self-harm in order to prevent it. Robinson said it is “critical that we find safe and compassionate and effective ways of having this conversation”.

“But I think that as a society we’re still not very good at it,” she added. “There’s still a lot of shame and stigma associated with feeling suicidal and with losing someone to suicide, and that’s particularly the case in some cultures and some communities.

“All of those things contribute to a reluctance to talk about suicide or talk openly about these issues.”

Harry also spoke more about his own experiences – particularly with his wife, who has experienced suicidal thoughts, and his own grief after the death of his mother in 1997: “So many people are afraid of being on the receiving end of that conversation [about suicide] because they don’t feel as though they have the right tools to be able to give the right advice but what you’re saying is you’re there.

“Listen, because listening and being part of that conversation is, without a doubt, the best first step that you can take,” he added.

Having spent a decade in the army and working closely with military communities since, particularly as part of his Invictus Games work, Harry said he had “seen service members and veterans have their lives completely changed after getting the tools and support that they need to heal”.

“That’s why I don’t like the term PTSD, I prefer the term PTSI because I genuinely believe it’s not always a disorder, it’s actually an injury. Just like our bodies, our minds can be injured,” he added.

At the end of the show, Winfrey poses the question of where the world goes from here?

“That’s how we start to shift mindsets, because stigma – you’ve heard a lot of people talk about stigma – comes up time and time again with mental health. Two-thirds of people in a survey that we did in England said that the stigma was as bad, if not worse than symptoms of a mental health problem itself,” she said.

“We want to love, we want to work, we want to parent, we want to play; we want to play a part in our communities and what’s stops us? It’s not always the symptoms, it’s often other people’s judgement or that we’re thrown on the scrap heap or we’re made to feel ashamed and that’s across all of our cultures.”