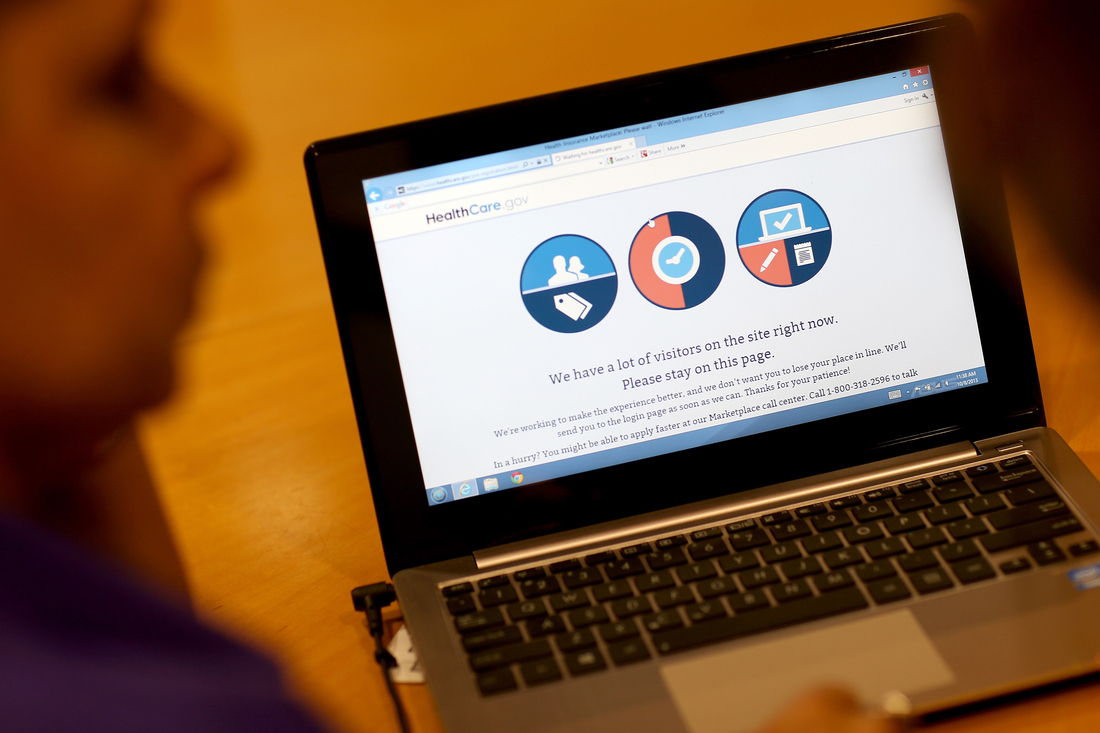 The federal health insurance exchange, HealthCare.gov, has reopened until May 15 for new sign-ups; you can also switch to a different health plan on the exchange. But some states that run their own health insurance marketplaces have different rules. 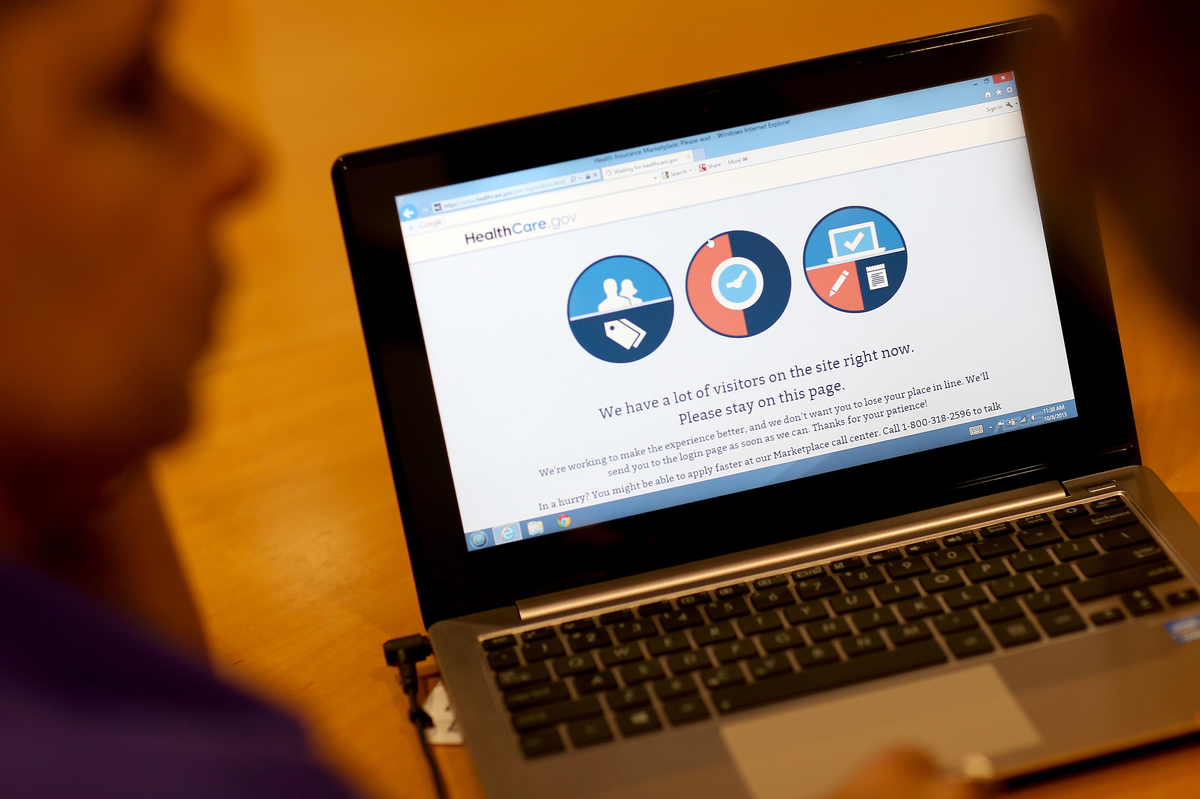 The federal health insurance exchange, HealthCare.gov, has reopened until May 15 for new sign-ups; you can also switch to a different health plan on the exchange. But some states that run their own health insurance marketplaces have different rules.

For people who’ve been without health insurance during the pandemic, relief is in sight.

In January, President Biden signed an executive order to open up the federal health insurance marketplace for three months starting Monday so uninsured people can buy a plan and those who want to change their marketplace coverage can do so.

Consumer advocates applauded the directive. Since 2016, the number of Americans without health insurance has been on the rise, reaching 30 million in 2019. The economic upheaval caused by the novel coronavirus has made a bad situation worse, throwing millions off their insurance plans.

Biden’s move is in stark contrast to the Trump administration’s approach. As COVID-19 took hold last spring and the economy imploded, health experts pleaded with the Trump administration to open up the federal marketplace so people could buy insurance to protect themselves during the worst public health emergency in a century. The administration declined, noting that people who suddenly found themselves without coverage because they lost their jobs were able to sign up on the marketplace under ordinary rules. They also cited concerns that sick people who had resisted buying insurance before would buy coverage and drive up premiums.

The Biden administration is promising to spend $50 million on outreach and education to get the word out about the new special enrollment period. That’s critical, experts say. Though the number of people signing up for Affordable Care Act plans has generally remained robust, the number of new consumers enrolling in the federal marketplace has dropped every year since 2016, according to KFF, corresponding to funding cuts in marketing and outreach. (KHN is an editorially independent program of KFF.)

“There are a lot of uninsured people who even before COVID were eligible for either hefty marketplace subsidies or for Medicaid and not aware of it,” says Sabrina Corlette, a research professor at Georgetown University’s Center on Health Insurance Reforms. A marketing blitz can reach a broad swath of people and hopefully draw them in, regardless of whether they’re uninsured because of COVID or not, she says.

Here are answers to questions about the new enrollment option.

Q: When can consumers sign up, and in which states?

The sign-up window will be open for three months, from Monday through May 15. Uninsured residents of any of the 36 states that use the federal healthcare.gov platform can look for plans during that time and enroll.

Nearly all of the states and the District of Columbia that operate their own marketplaces are establishing special enrollment periods similar to the new federal one, though they may have somewhat different time frames or eligibility rules. In Massachusetts, for example, the sign-up window remains open until May 23, while in Connecticut, it closes March 15. Meanwhile, Colorado has reopened enrollment in its marketplace for residents who lack insurance, but most people already enrolled in one of the state’s marketplace plans won’t be allowed to switch to a different plan until the regular open enrollment period in the fall.

At this point, only Idaho has not announced plans to reopen its marketplace for enrollment, says Corlette. It may yet do so, however.

Q: Can people who lost their jobs and health insurance many months ago sign up during the new enrollment period?

Yes. The enrollment window for people in states that use the federal marketplace is open to anyone who is uninsured and would normally be eligible to buy coverage on the exchange (people who are serving prison or jail terms and those who are in the country without legal permission aren’t allowed to enroll).

Typically, people can buy a marketplace plan only during the annual open enrollment period in the fall or if a major life event gives them another opportunity to sign up, in what’s called a special enrollment period. Losing job-based health coverage is one event that creates a special sign-up opportunity; so is getting married or having a baby. But usually people must sign up with the marketplace within 60 days of the event.

With the new special enrollment period, how long someone has been uninsured isn’t relevant, nor do people have to provide documentation that they’ve lost job-based coverage.

“The message is quite simple: Come and apply,” says Sarah Lueck, a senior policy analyst at the Center on Budget and Policy Priorities.

Q: What about people who are already enrolled in a marketplace plan? Can they switch their coverage during this new enrollment period?

Yes, as long as their coverage is through the federal marketplace. If, for example, someone is enrolled in a gold plan now on HealthCare.gov, but wants to switch to a cheaper bronze plan with a higher deductible, that’s allowed. As mentioned above, however, some state-operated marketplaces may not make that option available, so check your state’s website. You can find a list of the websites for state exchanges here.

Q: Many people have lost significant income during the pandemic. How do they decide whether a marketplace plan with premium subsidies is a better buy for them than Medicaid?

They don’t have to decide. During the application process, the marketplace asks people for income information. If their annual income is below the Medicaid threshold (for many adults in most states, that’s 138{50531db320f8e8a316d79d6a285e47c71b6e4f6739df32858cb86474d7e720e9} of the federal poverty level –which works out to be about $18,000 for an individual), they will be directed to the state’s Medicaid program for coverage. If people are eligible for Medicaid, they can’t get subsidized coverage on an ACA exchange.

People can sign up for Medicaid anytime; there’s no need to wait for an annual or special enrollment period.

Q: What about people who signed up under the federal COBRA law to continue their employer coverage after losing their job? Can they drop it and sign up for a marketplace plan?

Yes, people in federal marketplace states can take that step, health experts say. Under COBRA, people can be required to pay the full amount of the premium plus a 2{50531db320f8e8a316d79d6a285e47c71b6e4f6739df32858cb86474d7e720e9} administrative fee. Marketplace coverage is almost certainly cheaper.

Normally, if people have COBRA coverage and they drop it midyear, they can’t sign up for a marketplace plan until the annual fall open enrollment period. But this special enrollment period will give people that option.

Kaiser Health News is a nonprofit, editorially independent program of the Kaiser Family Foundation, and is not affiliated with Kaiser Permanente.

Advice and Warm Wishes for Happy and Healthy Thanksgiving