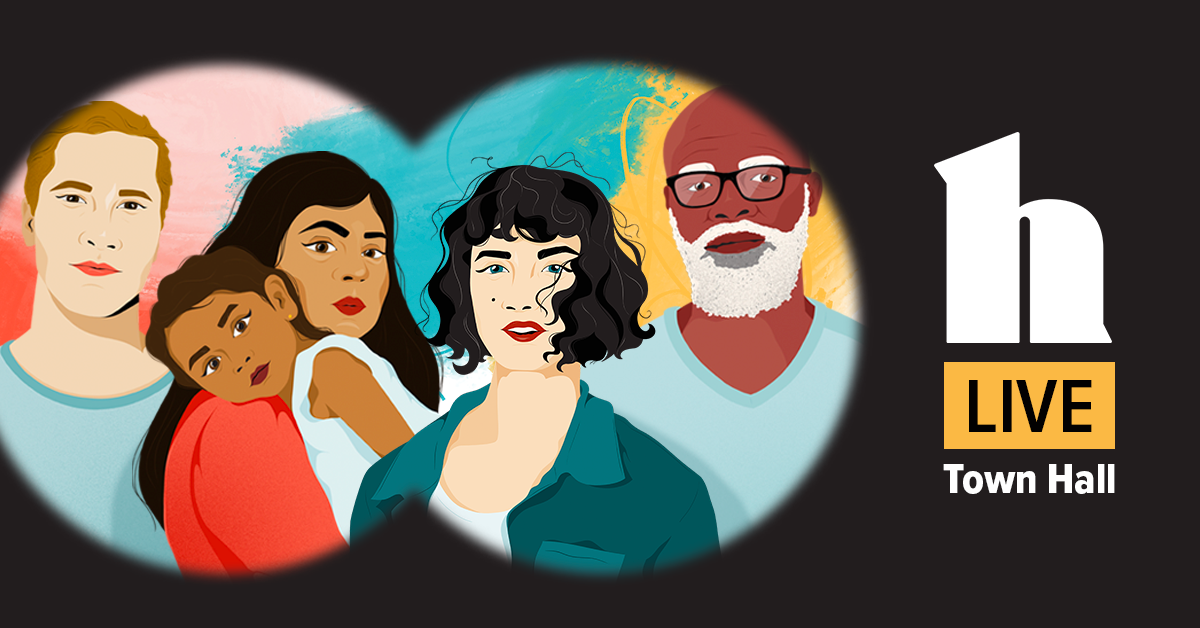 This program can be viewed live on this page May 25. A video player will appear below and you can press play to watch. For video with closed captioning, please register and view here on BrightTALK.

Join us as Healthline Media hosts a free Live Town Hall for Mental Health Awareness Month. Our guests include artists, entertainers, informers, and doers, each of whom tells a personal story about their mental health journey via books, broadcasts or foundations that bolster the public conversation.

Taraji P. Henson is an Academy Award nominee, a Golden Globe winner, and the star of the award-winning film Hidden Figures and Fox’s hit drama Empire. Beyond her accomplishments as an actor, writer, and producer, she’s a vocal advocate for mental health. In 2018, Taraji founded The Boris Lawrence Henson Foundation to destigmatize mental illness in the African American community, provide mental health support in urban schools, and increase the number of culturally competent therapists in the field. She’s the author of a memoir, Around the Way Girl.

Jewel is a singer-songwriter, producer, actress, author, and poet. She has received four Grammy Award nominations and has sold over 30 million albums worldwide. Moreover, Jewel is a mental health and mindfulness advocate whose New York Times best-selling memoir Never Broken chronicles how her hard work, grit, and grace enabled her to survive and thrive from the extreme circumstances of her youth. Through her Never Broken program in the Inspiring Children Foundation, she is helping revolutionize mental health education for at-risk youth.

Michelle Williams is a Grammy Award-winning recording artist and actress who rose to stardom as a member of the R&B mega group Destiny’s Child, and most recently appeared as the Butterfly on Fox’s hit series The Masked Singer. An advocate for mental health and empowerment, Michelle is an ambassador for the Office on Women’s Health, a division of the U.S. Department of Health and Human Services, where she promotes awareness for maintaining optimum physical and mental health through nutrition, exercise, and proper medical care. In her upcoming book, Checking In, Michelle shares the intimate, never-before-told story of how, even in the midst of enormous fame and success, she battled depression, leading her to find her true calling as an advocate for mental health — especially her own.

For the past 9 years, Dr. Ashton has reported for ABC News on the biggest medical and health stories. Before joining ABC News, Dr. Ashton was the senior medical correspondent for CBS News and appeared on The Early Show and CBS Evening News with Katie Couric. Dr. Ashton received her medical degree from Columbia University, College of Physicians and Surgeons, and her post-graduate training in women’s health and surgery at St. Luke’s-Roosevelt Hospital Center in New York City. Dr. Ashton’s book Life After Suicide chronicles her journey in the wake of her ex-husband and her daughters’ father taking his own life.

Bershan Shaw wasn’t born a warrior. She became one. Life coach, motivational speaker, multifaceted entrepreneur, and two-time breast cancer survivor, Bershan has dedicated her life to helping others embrace their inner warrior during life’s most difficult journeys. Bershan recently debuted as the newest cast member on season 13 of the Real Housewives of New York.

Dan Harris is co-anchor of ABC News Nightline and the weekend editions of Good Morning America. He is a correspondent for ABC News and regularly reports for 20/20 and weekday editions of Good Morning America. Dan also is an advocate for mental health awareness with his bestselling book 10% Happier, a true story about his journey through the worlds of spirituality and self help, and his discovery of a truly sustainable way to get happier. He pursued this quest after having a live on-air panic attack.

Wilma Mae Basta is originally a Philly native, a mother of two, and daughter of a civil rights leader. In 2017 she founded DRK Beauty, a well-being and mental health digital platform that helps women of color discover and craft their own unique well-being journey. Through DRK Beauty Healing, the organization gives away free therapy to women of color across the United States.

Erin Petersen-Edge oversees Healthline.com’s team of 200+ writers and editors who produce articles and videos for America’s #1 most visited digital health and wellness brand. Erin is a recent Bay Area transplant to the Boston area.

Faye McCray the Editor in Chief of PsychCentral.com, a Healthline Media brand and premier destination for mental health content. Faye is also an author and former health care attorney and advocate. She is based in the Washington, D.C. area.

Steve Swasey oversees external communications for Healthline Media, the #1 digital health publisher whose brands include Healthline.com, MedicalNewsToday.com, Greatist.com and PsychCentral.com. Steve is based in the San Francisco Bay Area.

Aquarius: Personal growth and self-improvement will pay off