No one cares for healthcare, writes Gul Panag : The Tribune India 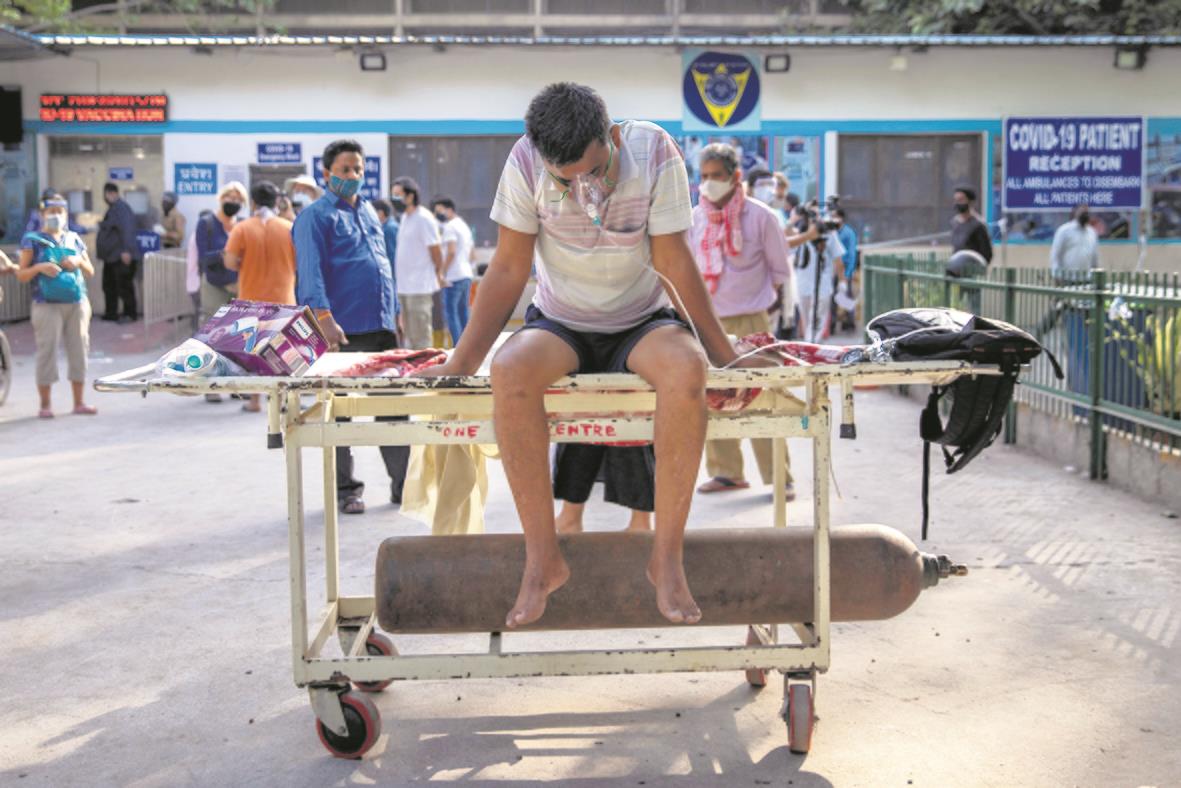 If you were to ask any Indian, irrespective of caste, creed, gender or background, about their number one desire for themselves and their family, eight out of 10 times the answer would be good health. And happiness. However, if this same person was at a polling booth and you asked her about the top priority that determined her choice of candidate, healthcare could be the unlikeliest of answers.

This dichotomy, in my view, is the single-most important reason for the collapse of the public healthcare system in India. The electorate doesn’t think or value healthcare as being a part of the elected government’s charter of duties. What does voting for ‘development’ mean if it doesn’t include more hospitals and augmentation and upgradation of existing ones? Development or ‘vikas’ has been sold as an abstract concept, and the media has played its part in helping politicians sell it.

If we look at the states of Punjab, Haryana and Himachal Pradesh, they are catered to by a single referral hospital, the PGI in Chandigarh, that has been bursting at its seams for decades now. There are horror stories of patients succumbing to their fate in ambulances even before they could reach the gates of the PGI. And when they do, the wait in the corridors is endless.

The situation is pretty much the same across India. It’s always the few referral hospitals like AIIMS and the PGI that bear a disproportionate burden, far above the capacity for which they were designed. And that’s largely because quality primary healthcare is almost non-existent. Most states don’t prioritise healthcare, and thus, the local primary healthcare centres/dispensaries leave a lot to be desired. With the exception of Delhi, perhaps.

The impact that poor healthcare systems have on the economy and GDP of a country has been well documented. Most developed countries cover their citizens in one way or the other to minimise that impact. In India, though, a single family member falling victim to a serious illness is enough to deplete years of savings. Health-related expenditure, as per media reports, pushes 3.5 per cent of the population below the poverty line every year! Stories of families selling everything they own to cover the medical expenses of a dear one are not alien to us. Most often, such stories have a sad ending where, despite their best efforts, the family loses their loved one to the illness.

The worst victims of poor healthcare are lower middle-class families who can just about afford ‘private healthcare’ but find that quality Tier1 hospitals are out of their reach. They fall prey to non-standardised and ill-equipped ‘private’ hospitals that not only exploit the families of the patient monetarily, but also cut corners in treatment. The pathology labs that surround these hospitals are full of pathological liars who fleece the unassuming attendants at the behest of the doctors, who prescribe unnecessary tests for a commission that hits their bank account on every transaction their victim completes at these path labs.

The Covid-19 crisis has just blown the lid off this can of worms, which must be addressed for India to emerge as a true global leader. Free and world-class healthcare cannot be termed a freebie any more, for it is simply not free. It should rather be called pre-paid healthcare because all of us have paid for it through our taxes. Even a labourer who buys a matchbox pays tax for it and it is the foremost duty of the government to provide basic healthcare against the tax thus collected.

While the stark difference in our priorities as individuals and as an electorate remains the root cause of this abysmal state, the disconnect creates another larger, more palpable, though surface level, problem. Most of these ‘private’ hospitals are either owned directly by the families of politicians or are sanctioned by them. The list of sanctions includes free land, which any genuine entrepreneur in India cannot get without political clout. This creates a huge disincentive for the political class if they were to improve the public healthcare system. Who will use these private hospitals and clinics if public healthcare becomes efficient and free?

While referral institutes like the PGI came up in the 1950s and ’60s, the population of our country has multiplied manifold since. There must be a structured plan to create at least one PGI-level referral hospital in every district. If you do the math, it is not such a difficult ask.

Free, basic healthcare needs to become a priority for political parties and the electorate must rise above the politics of caste and creed to vote for those who have these basics on their manifesto.

It is incumbent upon the media to highlight the role played by the government in healthcare. Only once the electorate is made aware that it is one of the core responsibilities of the government to provide healthcare, can the electorate demand accountability and choose retribution through the ballot if not satisfied. The electorate has seen the collapse of the public healthcare system. It must be educated about who is responsible and what needs to be done towards fixing it. The ball is now in the Fourth Estate’s court. Will it finally call a spade a spade?

— The writer is an actor and entrepreneur

How Will Health Care In The U.S. Change After The Pandemic? : Shots