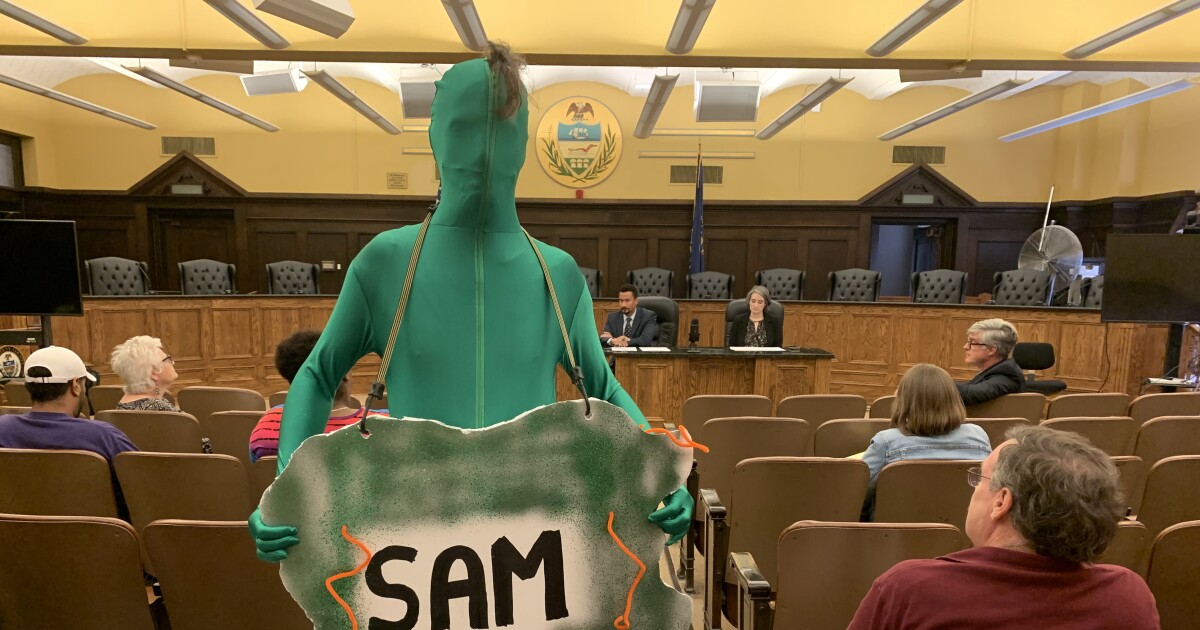 Although an effort to enact a paid sick leave fell short at Allegheny County Council three months ago, the idea remains alive at the county’s Board of Health. On Thursday, the board held a public hearing on its own proposal to require paid sick time at workplaces throughout the county.

The policy the board is considering largely mirrors the county council bill. It also would require firms with at least 26 employees to provide full-time workers with at least five paid sick days a year.

County Executive Rich Fitzgerald vetoed council’s legislation in a surprise move in March. He insisted that only the health board has the authority to establish health regulations.

At Thursday’s hearing, about 20 residents, including restaurant and custodial workers and public health advocates, testified in support of paid sick leave guarantees. And many urged health officials to require all employers, not just those with more than 25 employees, to offer the benefit.

During nearly a year of county council deliberations, some employers had warned that sick leave requirements would be especially harmful to small businesses that had been ravaged by the coronavirus pandemic.

But on Thursday, former restaurant server Larisa Mednis countered, “It doesn’t matter how many people work at a business. People can still get sick.”

Mednis also asked the health board to amend its proposed rules so that restaurant employees are compensated for lost tips when they use sick time. The proposal currently says employees are not entitled to any tips or commissions they forgo when they take a sick day. The minimum hourly wage in Pennsylvania is $7.25, and for tipped workers, it’s $2.83.

Research shows that paid sick leave helps to prevent the spread of disease at workplaces. Dana Dolney, a grassroots organizer for the anti-hunger nonprofit Just Harvest, said that safeguard is especially important for cancer survivors like her whose immune systems are compromised.

Even so, Dolney noted, until the coronavirus pandemic arrived, she had a retail job at a small business that did not provide paid sick time.

“I have the personal experience of having to choose between going to work sick or not being able to care for myself. Most of my adult life I’ve had to make those difficult choices,” Dolney said.

Under the health board’s proposal, employees could use paid sick time to care for themselves or a sick family member. The sick leave rules would not cover independent contractors, state and federal workers, and seasonal employees.

The county council bill would have also excluded unionized construction workers. But overall, the health board’s proposal hardly differs from the policy county council had approved.

Still, the board’s version is less specific about how the county should enforce sick time rules, leaving the matter largely up to an enforcement agency to be designated by the county manager. The county council bill would have required investigations into complaints of rule violations, and it had suggested that disputes could be resolved through mediation.

On Thursday, Aliah Hasan of the Women’s Law Project said the health board should add a provision to allow people to sue their employers for violating sick time rules.

The health board proposal also parts ways from the vetoed county council measure by making the maximum penalty for each offense a $100 fine, or equivalent sanction. County council would have allowed the county to order full restitution of lost wages and benefits, as well as reinstatement to a lost job.

Like the council bill, the health board regulations would not be enforced during the first year following its passage.

If the board approves the rules, county council and Fitzgerald would be required to sign off as well.

When he blocked county council’s proposal in March, Fitzgerald said he hopes to enact the health board’s policy by the fall.