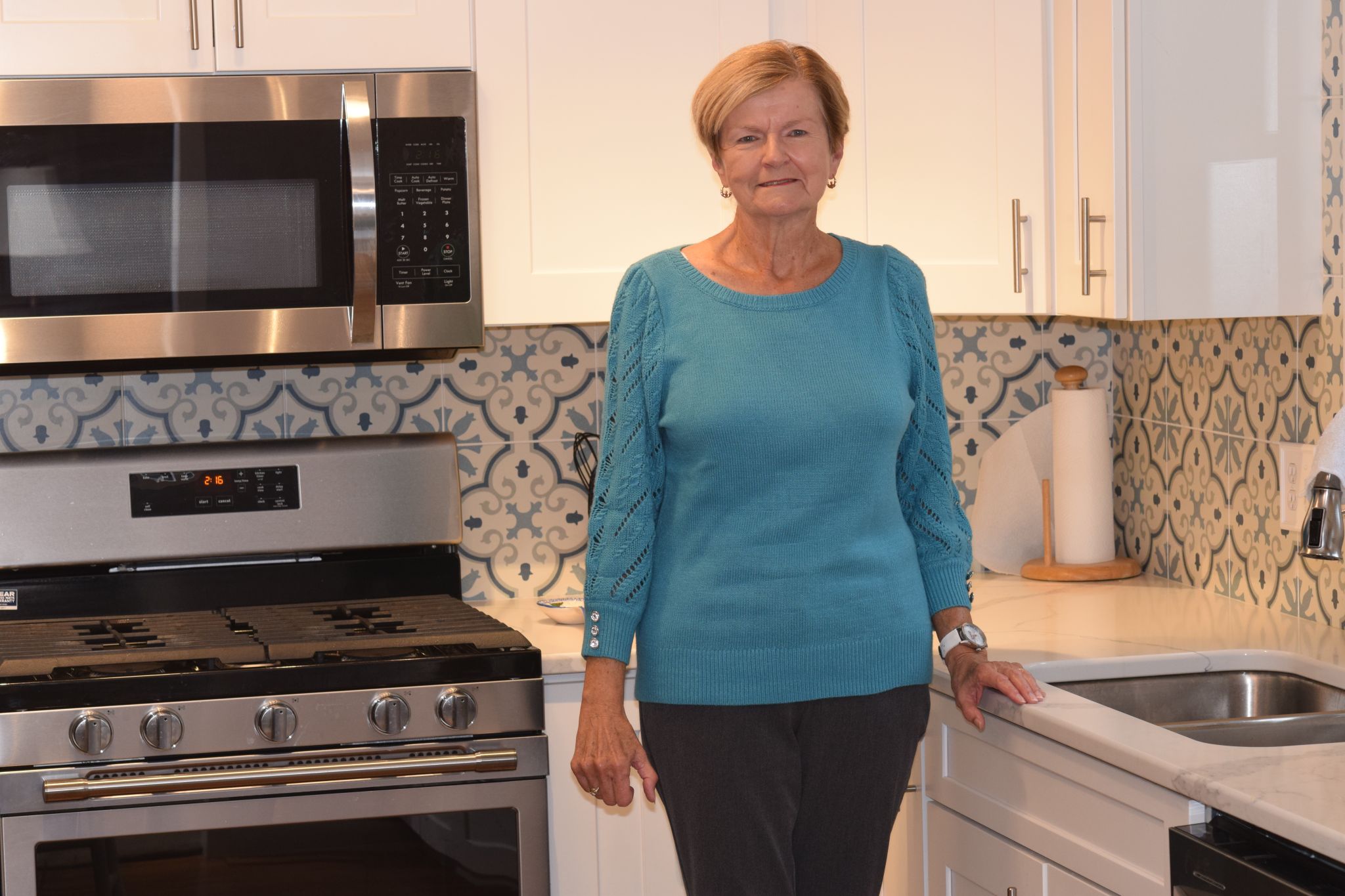 “Everything has a place in moderation,” Cooksey said. “There are so many diet trends now. We don’t need all of that stuff, we just need to eat a good, basic, healthy diet.”

Cooksey, 74, of South Jacksonville has dedicated a lifetime to healthy eating. From schools to hospitals to nursing homes to newspaper subscribers, Cooksey has led the charge to get people to eat the right things in the right quantities.

“There’s always going to have to be somebody like me who is pushing for good nutrition,” Cooksey said.

If you have a suggestion about someone who should be profiled, send their name and any contact information available to [email protected]

Cooksey embarked on her career as a registered dietitian almost by accident. She had earned a degree in home economics education from the University of Illinois and, while attending a party with her in-laws in Carrollton, where she lived, the local hospital administrator made an observation.

“He indicated that if I went back to school to be a dietitian I would be set up, because there weren’t any in the area,” Cooksey said. “They had made a recent ruling that hospitals and nursing homes had to have dietitians as consultants.”

Cooksey went back to school for two more years and interned at St. Louis University Hospitals. She became a registered dietitian in 1971, worked for a time at then-Passavant Area Hospital before branching out on her own as a consultant. At that time dietitians typically were kitchen managers and were transitioning in the health care field to being part of the overall patient care team, Cooksey said.

“I was at Boyd Hospital, White Hall Hospital, Beardstown Hospital, and all of the nursing homes in between clear over to Hillsboro up to Mount Sterling,” Cooksey said. “I was everywhere, and it was exhausting.”

Now registered dietitians can use their education in many different ways, including with sports team, health clubs or cooking shows, to name a few, Cooksey said.

Cooksey did consulting work until 1986, when she became dietary manager at Jacksonville Developmental Center. In 1990 she got the job she “absolutely loved” — as Jacksonville School District 117’s dietitian, which she did for 17 years before she retired.

“I got to use both aspects of my training in that I ran the kitchen, and we did 4,000 meals a day, and I also went in the classroom and talked to the kids,” Cooksey said. “I loved that. I let them plan menus, hoping to get a few of my soapbox messages across to the kids.”

Those messages at the time for the kids, who jokingly referred to her as the “lunch lady,” still resonate today.

“Fast food is a culprit, and also the lack of exercise,” Cooksey said. “But I still blame a lot of it on soda, it’s empty calories. And, by golly, we’ve done a lousy job on obesity because it just keeps on getting worse.”

Cooksey also wrote a column for the Jacksonville Journal-Courier from 1996 to 2015 that included recipes and stories about people in the community and their cooking skills.

“I got to meet a lot of interesting people along the way,” Cooksey said.

Cooksey has seen dietary fads come and go over the years, including diets low in fat, cholesterol or carbohydrates.

“Some people have gluten allergies, but those allergies are not nearly as prevalent as the number of people who follow that kind of diet,” Cooksey said. “The keto diet is really kind of dangerous. But then, back in the 1970s we had the Atkins Diet and other ones like it, so we’re always having those type of fads.”

“When I raised my two girls — they were born in 1977 and 1979 — I gave them toast with jelly but no butter, because we couldn’t have fats,” Cooksey said. “Then we went through a period where carbohydrates were bad and people wouldn’t eat bread or potatoes. But we need all of these things to make a good diet. We can’t just eliminate something like that.”

Cooksey said cholesterol used to be a no-no but that admonition now has been revised to  “maybe an egg a day wouldn’t be so bad, especially when you work with seniors, because it’s an excellent protein source.” Vegetarianism has caught on and it’s generally a healthy way to eat, “but there are certain nutrients that you just can’t get without an animal source, so you just have to be really careful, especially if you are pregnant or if you’re feeding children,” Cooksey said.

Cooksey said you can never go wrong by starting with healthy, colorful fruits and vegetables, watching your portion sizes, and reading nutrition labels on food.

The current “My Plate” nutrition guide uses a dinner plate graphic to demonstrate the recommended percentages of food that people should eat. Half of that theoretical plate needs to be fruits and vegetables, Cooksey said, with healthy grains, milk and a small portion of lean meat rounding out the plate. Fast food is nowhere to be found on “My Plate.”

“When I was growing up, I didn’t eat at a McDonald’s until college,” Cooksey said. “I like to cook desserts, but to counteract the desserts I walk every day. My typical meal has some meat, some potatoes, fruits and vegetables.”

Cooksey still has her dietitian’s hat on by working with Hamilton’s Catering to provide the menus for Prairie Council on Aging’s Bread of Love program and for the Daily Bread program in Springfield. The aptly named Cooksey loves to cook, and she has passed the recipes she learned from her mother on to her own children.

“I’m just lucky that I love to cook, because of the pandemic I’m sure many people got very tired of cooking at home,” Cooksey said.

Cooksey was born in Jacksonville, lived in Roodhouse for 20 years, Carrollton for 25 years, and has been a resident of the Jacksonville area again since 1994. She has two daughters and three grandchildren. Cooksey’s classic meal when her children were growing up was fried chicken, mashed potatoes and gravy, and “cheesy peas; I used to fix that for my kids’ friends when they would come over,” she said.

Cooksey’s proudest career moment came when she was awarded the JSD 117 Bill Russell Award in 1998, given to recognize an employee of the district who makes an innovative contribution to education through their own initiative and effort.

“I grew up with (previous award winner) Jane Sample in Roodhouse and when she won the award I thought, ‘I need to get that,’” Cooksey said. “So, with all of my work with kids in the classroom, I achieved that.”

“Early in Bill Russell’s career he taught in Roodhouse, he was the science teacher, and he was always part of why I have liked science,” Cooksey said. “He would come to our classroom and do experiments in fifth and sixth grade. So I felt like I needed to earn that award.”

Walnuts: A worthy addition to your daily diet?

How to build a balanced diet with healthy dietary fats