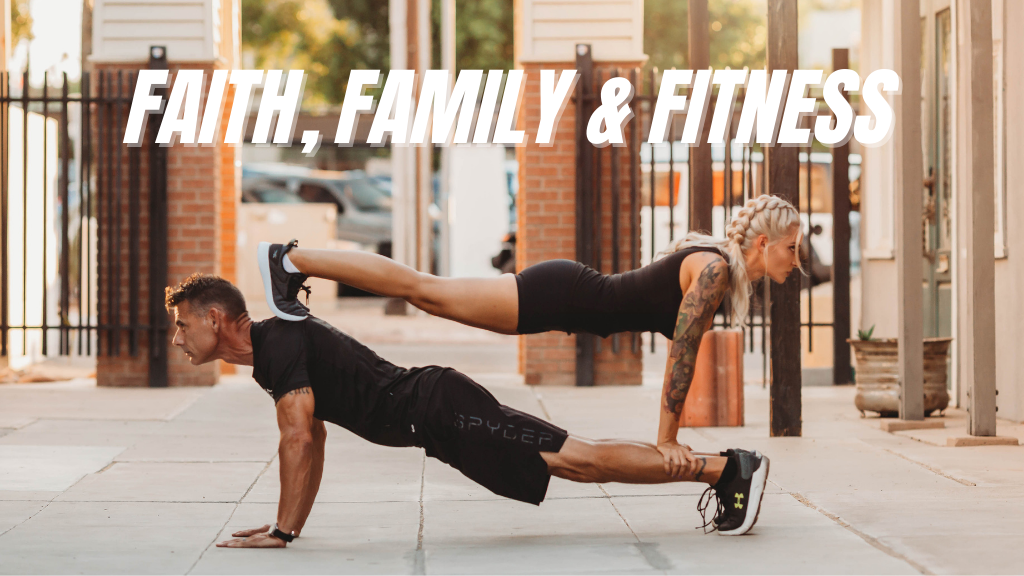 YUMA, Ariz. (KYMA, KECY) – When two families come together as one, it comes with its challenges. For the Reese family in Yuma, it was no different despite hitting it off from the start.

Their challenge was different than most in part because of childhood cancer.

Eric and Christine Reese were always friends and had a similar interest when it came to a healthy lifestyle. One that brought them together in Christine’s own gym where she trained.

A time later, Eric became a trainer himself and went on to train Christine. A bond they created and then went on to share with each of their children. Both of them with three kids.

“Before we started dating, our kids would workout with us together and we would literally call ourselves ‘fitness family,'” said Christine Reese. “We were lucky that all of our kids knew each other and had a fixture in each other’s lives. That made it easier.”

But in the meantime, Christine’s youngest boy, Bruce, was diagnosed with Acute Lymphoblastic Leukemia in September 2015. That also coming with a rare chromosomal anomaly called Philadelphia Positive Chromosome.

“I don’t think I can put it into words. It’s scary,” said Christine. “I think Eric can say my worries as a mom are different had that never happened. I’m always going to wake up and go into his room to watch him breathe and see if he’s okay.”

It was a battle that Christine and Bruce had to go through together with constant trips back and forth from Yuma to Phoenix. With no treatment in Yuma, Christine had to drive to Phoenix Children’s Hospital three times a week for quite some time.

The constant travel and time away from the gym led to a huge decrease in Christine’s fitness, ultimately leading to a large amount of weight gain and depression while trying to fight for her ill child.

“When you’re a mom and have a sick baby, you go into survival mode,” said Christine. “In that situation, you’re driving back and forth, living in the hospital and I gained a lot of weight. I called myself a fat trainer. Did I know what to do? Yes but I couldn’t because my priority was making sure I was there for my sick child and my other children who didn’t know what was going on. So my fitness absolutely took a backseat.”

But it was the family bond that grew stronger as Bruce beat the cancer and it was the help of Eric to help her get back to her healthy life and climb the mountain back to being in shape.

“Deep down, she knew what she wanted to be and where she wanted to be. Unfortunately, that had to be put on hold because life does that to us sometimes,” said Eric. “It was a matter of reminding her that it was okay to prioritize herself because she spent so much time prioritizing everyone else for so long.”

After a long journey back, Eric’s training lifted Christine to her original size and then some. Christine would go on to lose a total of 94 pounds and the fitness family was back in business.

Eventually, the two would work to open their own gym, ENC Fitness, which opened a new location in early July. The two doing what they love together, training people of Yuma to a healthy lifestyle.

And that lifestyle hasn’t fled far from their home either. A coexisting relationship between their faith and fitness that the whole family shares together.

Not only that, but Christine’s strides in fitness have her knocking on the door to a life and career changing opportunity–a chance to be on the cover of Muscle & Fitness Hers as Ms. Health & Fitness.

Something she never saw coming, but something Eric made her believe was possible.

“I believed in her and told her that she could do this,” said Eric. “My happiness manifests itself in her when she succeeds so it’s easy to support her endeavors and I love when she sees that she can great things.”

After several rounds of voting, Christine won first place in each round, advancing to the next stage. Now, she finds herself competing in the Quarterfinal round for a chance to be on the cover and win a $20,000 grand prize.

This just one of the building blocks to the Reese’s family lifestyle and fitness bond that they all share together. Something that ties in to their own family motto.

“Faith, fitness and family. That’s just how we run. We thrive on that and we need it,” said Christine. “We’re very faith based. We are fitness focused. And the family drives it all.”

“Healthiness is a way of life for all of us in the family,” said Eric. “Being in shape has kind of been our unspoken lifestyle and I think it’s woven its way into the fabric of who we are as a family.

Now, the Reese’s look forward to getting back to a normal life. One that hasn’t been here for a very long time.

With Bruce in the closing stages of his treatment, Eric and Christine say that he can almost be a normal kid with normal problems and it’s something that has fallen off the shoulders of the family in the weight his treatment used to carry.

The voting for Christine to be Ms. Health & Fitness ends on Thursday at 6 pm. You can vote here to help her achieve her dream of being on the national cover.

Local could be finalist in Ms.Health & Fitness Magazine contest | News

Exercise Equipment to achieve your Olympic-inspired health and fitness goals at home!