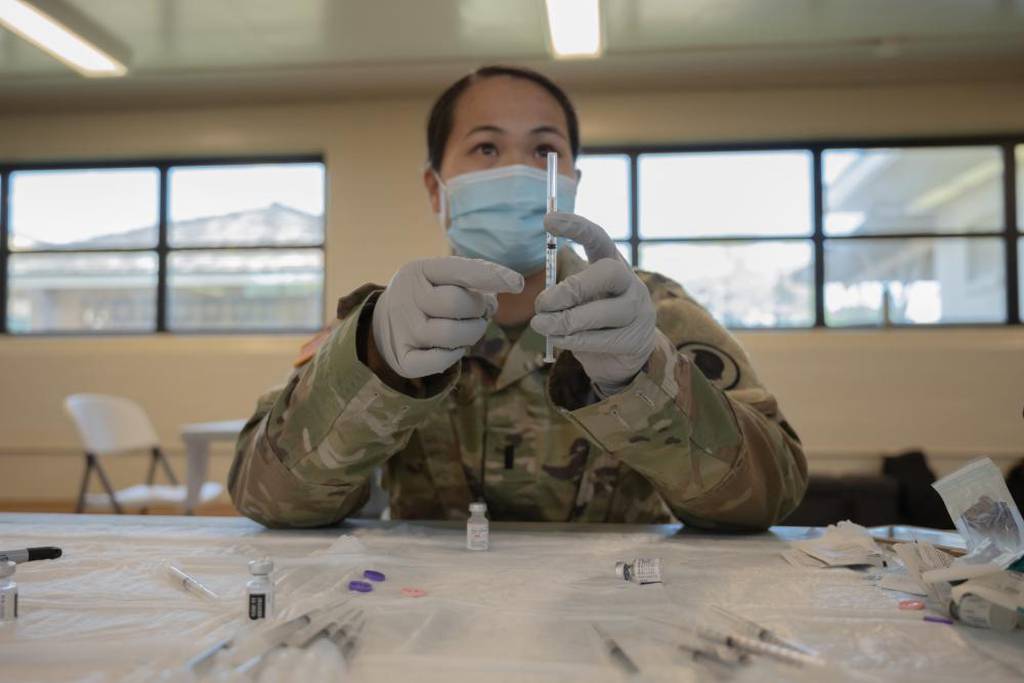 Lawmakers want military medical professionals to keep taking care to their fellow service members even after they leave the ranks.

President Joe Biden is expected to sign the measure into law in coming days.

According to Defense Department records, about 13,000 active duty medical specialists leave the military each year through regular attrition.

Meanwhile, about 10 percent of the VA medical workforce turns over annually, opening thousands of potential positions for skilled medical professionals.

“The VA Inspector General has reported that staff shortages are a challenge for solving problems in veteran care,” he said. “This bill will empower the VA to proactively recruit active duty medical personnel who are separating from the military at the conclusion of their contract or at retirement to improve health care services for veterans.”

The legislation would require the two departments to provide information on open positions in the Veterans Health Administration to troops within a year of their scheduled retirement or separation from the military. Officials would focus on not only the individual’s medical specialty but also preference for where to live after separation.

“Once the president signs this bill into law, we will be one step closer to helping the men and women of our military as they acclimate to civilian life,” said Rep. Bob Latta, R-Ohio and one of the House sponsors of the legislation. “At the same time, we will also be filling the lingering employment vacancies at the VA and other federal health care departments.”

The measure was among 13 pieces of legislation approved by the House since Monday. House Veterans’ Affairs Committee Chairman Mark Takano, D-Calif., praised the flurry of activity as an appropriate recognition of troops’ and families’ sacrifices just a week after the Veterans Day holiday.

Leo covers Congress, Veterans Affairs and the White House for Military Times. He has covered Washington, D.C. since 2004, focusing on military personnel and veterans policies. His work has earned numerous honors, including a 2009 Polk award, a 2010 National Headliner Award, the IAVA Leadership in Journalism award and the VFW News Media award.

How health care is turning into a consumer product