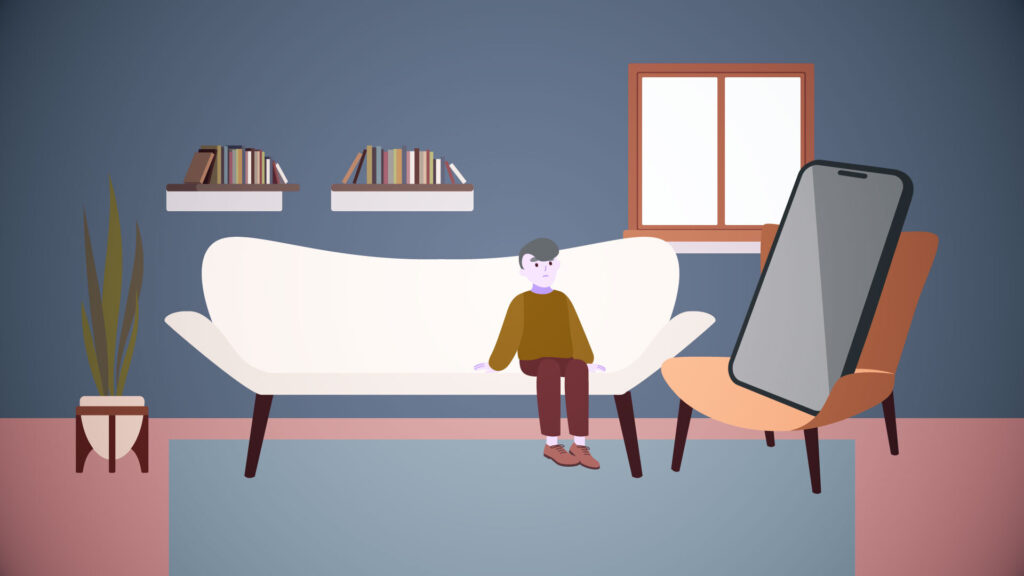 When Alex Alvarado and his co-founders started their virtual therapy company Daybreak Health in February 2020, they saw a “massive need” for better mental health options for teens. Then the pandemic hit, and the gap they were trying to fill grew even bigger.

“The need has really obviously skyrocketed in this population, as well as the need for technology-based solutions,” he said. “So it was fortunate for us to be able to help as many kids as we have been during this time.”

Following in the footsteps of now-giant companies working to address the roaring mental health crisis for adults, Daybreak and another startup, Brightline, have turned their attention to providing mental health care for kids, tapping into the surging interest for telemedicine.

Technology promises to make mental health care much easier to access for kids by doing away with some of the logistical challenges of getting to and from frequent appointments. But as Daybreak and Brightline grow their businesses, propping up a virtual platform remains just one piece of the puzzle. The companies must find ways to make treatment affordable and ensure they’re delivering quality care in a virtual context.

They also have to get patients in the door. To do that, Daybreak is trying to reach the adults that need to come along for the ride.

“Where are teens? They’re in school for 60 to 70% of the day, even if it’s virtual school,” said Alvarado. The company has partnered with some 30 public and private schools and multiple school districts in California to host free virtual classes on mental health for parents. Alvarado said that overwhelmed school counselors are looking for any opportunity to offer additional services.

“What we’re trying to do is distill the offering as much as possible to the school, so that it’s impossible for them to say no,” said Alvarado. Daybreak recently opened its classes to the public, and Alvarado said they have proven a “really accessible way for parents to just dip their toes in the water of teen mental health.”

The classes feature occasional plugs for Daybreak’s services; its standard 10-week program focused on teens includes weekly video therapy sessions for common issues like anxiety and depression, along with ongoing text chat with the teen’s therapist, access to group sessions, and additional wellness tools. Parents are brought in for monthly check-ins.

Brightline is also focused on reaching parents. Its services, which are currently available in California and Massachusetts for kids aged 3 to 17, include behavior therapy, speech therapy, and medication support. The company also offers skills-based coaching programs for parents and kids and a digital platform with interactive resources.

In the early days of Brightline, the potential for connecting with parents with technology was clear, even if the virtual model for reaching kids was fuzzy.

“When we started the company, nobody really thought that pediatric behavioral health would be scalable using virtual care models,” said Naomi Allen, Brightline’s co-founder and CEO.  “It just wasn’t done, and I think we assumed that the model was brick-and-mortar care for the kids and then wrapping the experience for parents and caregivers with the technology.”

The pandemic led the company to move up its launch by five months as a telehealth-only model, putting in-person care on hold, though it hasn’t ruled out the possibility of offering brick-and-mortar services in the future.

Treating young people virtually is not without its challenges. Parents are frequently home during sessions and some families live in crowded multi-generational homes, so privacy can be an issue.

And adapting commonly used in-person techniques has required creativity. When Brightline was shipping welcome kits to  kids, originally Allen thought it might be fun to send stuffed animals, when Alex Boeving Allen, VP of clinical strategy (no relation to Naomi Allen), stepped in with the more practical suggestion: a whiteboard.

“What Alex knew was that one of the great ways that a top notch clinician engages with the child is by having them draw pictures to tell a little bit about their family history,” said Allen.

Similarly, at Daybreak, some therapists are using digital sand trays in therapy sessions, replicating an evidence-based play therapy practice in which “we present the teen, the child, the family with an actual tray of sand in the therapy room,” said the company’s clinical director, Allyson Holmes-Knight. “We give them figurines… and they can kind of build their world.”

Both Daybreak and Brightline currently only work with a small pool of early patients. As they slowly scale, the companies are navigating how to build their reach — and prove their merits.

Brightline’s early outreach efforts to families were similar to those used by Daybreak. But in late 2020, the company switched its focus to developing relationships with health plans and employers. Through these large-scale partnerships, Brightline hopes to reach many young people who might otherwise run into problems getting treatment.

“The problem that we’re solving in the market… is creating scalable, high-caliber, evidence-based care across the country on an in-network rate structure,” said Allen. “So it’s affordable for families and making that accessible using the virtual care model.”

The company is currently finalizing a deal with Blue Cross Blue Shield of Massachusetts, which is also an investor in Brighline. Under a possible arrangement, BCBS will offer an in-network rate for its clinical services, including behavior therapy, medication support, and speech therapy. Coaching and other digital services will be offered at the regular consumer prices. Allen said that she expects to have deals with eight or nine health plans by the end of the year.

As for Daybreak, Avarado said he hopes that many families will find the company’s $99 per week pricing accessible and that the Daybreak offers a “concierge” service to help families get reimbursement from insurance companies. He said Daybreak has had early conversations with some health plans, which have been receptive.

Both Brightline and Daybreak are candid that while their attempts to make mental health care more accessible take affordability into account, they don’t yet have solutions for low-income families who don’t have the technology needed to use their services or who are covered by public insurance plans.

“It takes a whole level of additional process to stand up contracts from the governmental side,” said Allen, adding that “at some point this year, we are going to raise our next round of funding and that will be one of the next things we tackle.”

Securing contracts with insurers and employers will require the companies to show their treatments are working. Both Brightline and Daybreak have taken a rigorous approach to capturing ongoing outcomes. Daybreak, for example, does regular assessments with teens using common surveys like the GAD-7 and PHQ-9, as well as regular check-ins with parents to see if they’ve seen any changes. Brightline says it uses several clinician-reported outcome measures as well as family-centered goals for each member.

Beyond helping families work toward these goals, Allen said measurement is a key piece of the value proposition Brightline offers health plans. Part of the challenge faced by health plans in assessing the quality of care is that individual practitioners  simply don’t heave the time or willingness to measure outcomes.

“We’re basically breaking that stalemate,” she said “We come to the health plans and we say, ‘look, we will hire and manage and train and check fidelity towards evidence based outcomes using technology. We will report that back to you in exchange for a higher reimbursement rate.’”

Andrew Dreyfus, the CEO of Blue Cross Blue Shield of Massachusetts and a board observer for Brightline, told STAT that the company’s focus on measuring outcomes is in line with other leaders in mental health treatment.

“We’re very excited that Brightline is applying a strong evidence base and measurement tool to demonstrate outcomes because we want to know what works,” he said.

Those continued check-ins also give Brightline a way to make sure that families are getting “the right level of support based on what we know about them and based on what they’re ready for,” Allen said.

While measurement helps therapists to adapt their strategies, it can also reinforce what is working, Daybreak’s Holmes-Knight said.

A therapist might, for example, see after several weeks of skill-building that a teen’s score on the GAD-7 has dropped. “And we say, ‘look, we’re noticing that these areas before you were talking a lot about feeling nervous and it looks like you’re not feeling as nervous as often. And I’m wondering if some of the coping skills that we’ve worked on have helped,’” she said.

Both companies hope to grow their reach outside their present markets this year, with Daybreak targeting expansion to three or four states and Brighline hoping to be available nationwide.

They have money and runway to do so: Brightline has raised $25 million through its Series A round, and Daybreak announced in February that it raised a $1.8 million seed round.

“My hope is that now that things are opening back up, and teens are returning to school… that we don’t lose the momentum and the traction that we’ve started to gain and that people continue to acknowledge the importance and see the importance of teen mental health,” said Holmes-Knight. “Companies like Daybreak are not going to stop providing these services because teens are not going to stop needing the services.”

Health care should be a right for every American | Letter