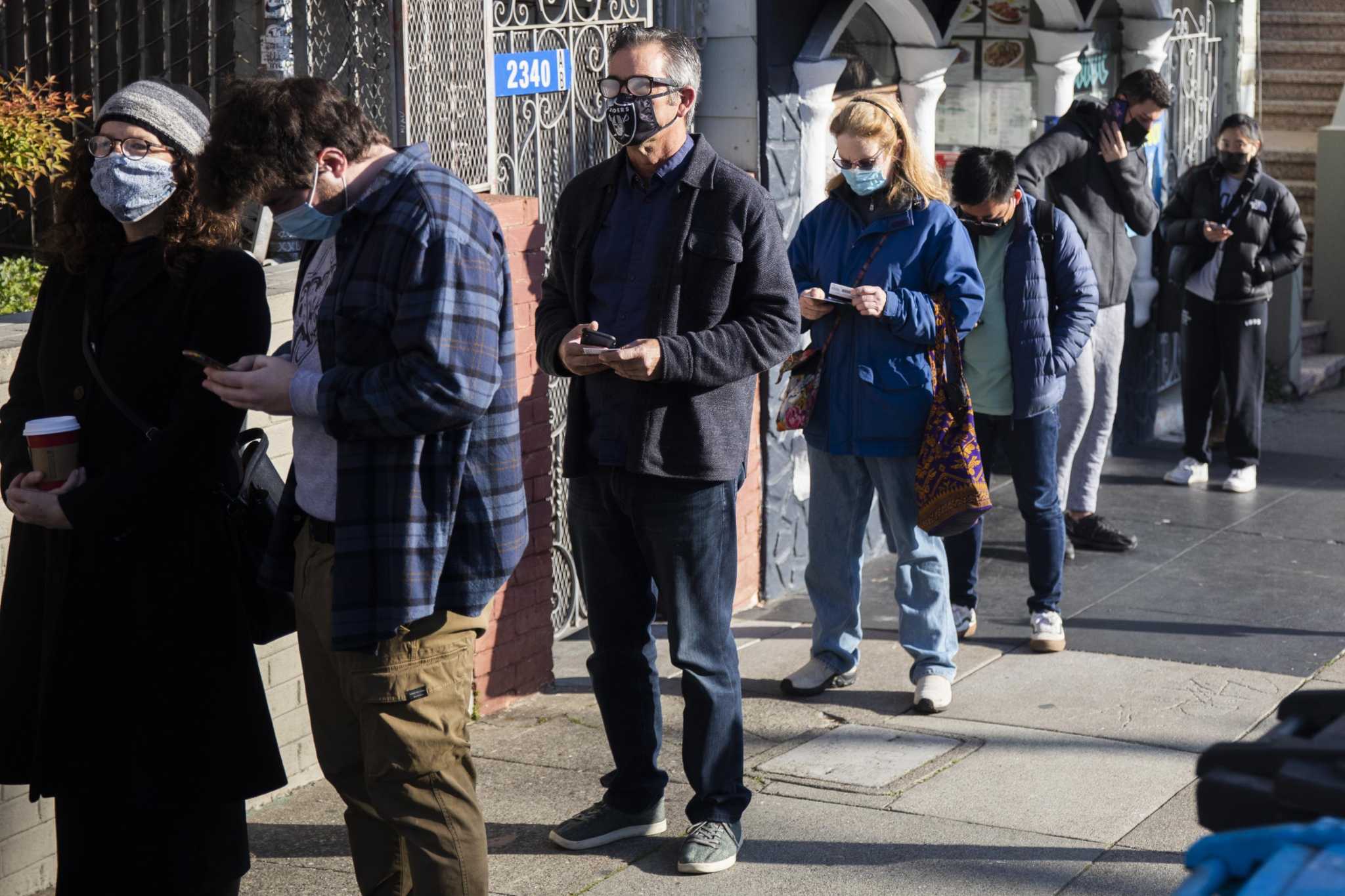 Two years ago, on New Year’s Day 2020, the alarm was just sounding in the Wuhan Province of China about a cluster of viral pneumonia cases that quickly pitched worried international health experts into motion.

In the seemingly endless time since then, that strange new coronavirus has claimed the lives of 824,000 people in the United States and 5.4 million worldwide, even as scientists worked furiously in an unprecedented global effort to create vaccines and treatments to stave off infections and slash severe illness and deaths.

The virus has more than once thrown curve balls at researchers and medical experts, including the emergence of unpredictable variants that have pushed the pandemic in new directions and tested the limits of science.

Yet as 2022 began, some of the Bay Area’s top medical experts on COVID-19 woke up feeling optimistic.

True, the pandemic will still get worse before it gets better, they agreed, with the highly contagious omicron variant just gaining steam in California. Omicron shows clear signs of being far more contagious though less virulent than earlier variants.

But unlike last year at this time, there’s now an arsenal built up to beat the virus back: effective, tested vaccines and cutting-edge antibody and antiviral treatments. Plus, the growing number of unvaccinated people who contract COVID — whether omicron or another variant — and survive their illness are gaining natural immunity, at least temporarily, to the coronavirus.

Add it all up and the pandemic endgame, some said, could be around the corner.

A lot of folks have advised the UCSF physician and prolific tweeter to stop trying to predict the pandemic. This virus is “wily” he conceded. More has gone wrong than medical experts ever anticipated.

“We’ve all been burned by optimism so many times that there’s a reluctance to predict it’s going to get better,” he told The Chronicle hours into the new year.

But it is going to get better, he said, defying those who beg him not to jinx it. Probably. Just not until after four to eight more weeks of “truly terrible.”

Once omicron sweeps through, the Bay Area will find itself in a position “where almost everyone has immunity,” either from vaccines or illness, including boosters for adolescents and in the coming months, vaccinations for those under the age of 5.

“I think it’s hard to paint a scenario, absent a new surprise, where we’re not in pretty good shape by the early part of the spring,” he said.

And if immunity from getting omicron results in strong and durable protection?

“We may be looking at the pandemic endgame (assuming, God willing, no more variant curve balls).”

A year ago, as an emergency physician, Noble became among the first to become fully vaccinated against the coronavirus.

“This month thus marks the one-year anniversary of the end of my fear of COVID-19,” she said Saturday.

The vaccines work, preventing serious illness and death from all variants, as do highly effective treatments like Paxlovid pills.

“And finally, accumulating data suggest that the omicron variant has moved us a giant step forward along the path to becoming an endemic disease that behaves like a common cold virus instead of one causing pneumonia with the potential for serious illness and death,’ she said. “The worst of the pandemic is now far behind us.”

The future of the pandemic? Buckle up, Swartzberg said Saturday.

“If you’re asking how I feel about the very short run, this month, I think we’re really in for a rough month, not just nationally or California, but the Bay Area,” he said.

San Francisco, usually the “poster child” for how to run a pandemic, currently has a higher case rate than California overall, he said, which is “disconcerting.”

“Those infections are going to translate to some people getting very sick, hospitalized and dying.”

But after omicron peaks, likely in mid-January, and if the variant holds up against its delta cousin, which is likely, there will be a “pool of people with pretty good immunity.” At least for a while, he said.

Barring another variant with immunity resistance or some unknown the virus has up its sleeve, new drugs on the global scene and vaccinations approved for all, “then all of a sudden the world looks different,” Swartzberg said.

Come February and through spring and summer, he said: “All of the sudden the virus doesn’t look as fearful to us. It won’t terrify the population and it won’t lead to hospitalizations and deaths and it’s not going to incapacitate society.”

Gandhi can see the end of the pandemic coming — as long as there are no further surprises.

There are extremely safe and effective vaccines. There are oral antiviral medications to prevent hospitalizations and death by up to 90%. Omicron, though highly transmissible, looks to be milder and staying out of the lungs, according to multiple studies, while offering immunity to those who get it.

“So, unless we have a new variant that is more virulent (which can occur if we don’t work hard on global vaccine equity), it looks like we could be in the endgame phase of COVID in the U.S.”

With vaccines in place, 2022 will “no doubt” be better than its predecessor, Siegel said.

But he is far less optimistic than his many of his colleagues about what the pandemic will look like in the coming months.

While rates will likely drop as omicron moves through the population, Siegel doesn’t believe this is the end. Humanity has never eradicated a coronavirus. In the past, they’ve disappeared but not due to herd immunity. In fact, he said, no one knows why.

Doing so would take mandatory vaccination, as were used to kill off smallpox, as well as other drastic measures that are unlikely to happen. That means it’s not over until it’s over.

“We would be foolish to think this virus is not going to surprise us again,” he said, adding more variants are likely if not inevitable. “I’m concerned about this kind of declaring the game over way too soon.”

To be fair, Rutherford was more optimistic this time last year than he is now.

“We could see serial mutations coming, but couldn’t see omicron coming,” he said. The speed and mutations threw the experts for a loop and they have learned to be more cautious.

“Honest to God, it’s going to get worse before it gets better, but we’re in pretty good shape,” he said, adding it will start to get better in February, with vaccinations critical to fighting off the pandemic, including higher vaccine and booster rates for kids.

Two long years in, Rutherford was optimistic as he headed out to play tennis: “We’re starting to get to the other side.”